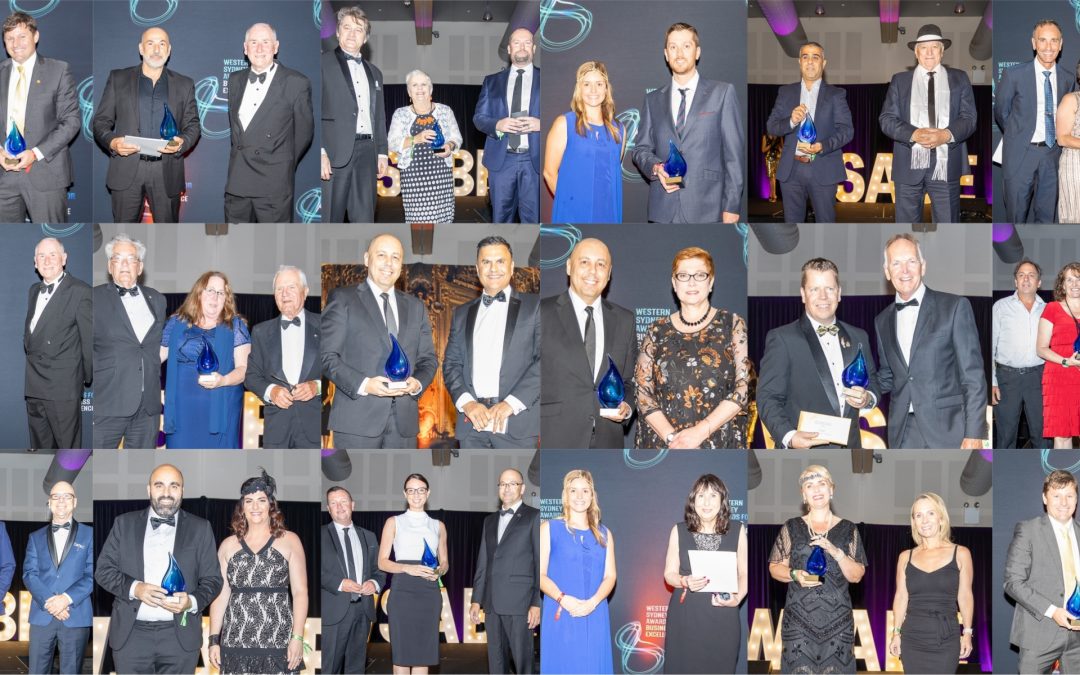 Winners for the 30th Annual Western Sydney Awards for Business Excellence (WSABE) were announced on Friday 20th November 2020, at the Annual WSABE Awards Gala at Rosehill Gardens in the presence of Senator the Hon. Marise Payne, Liberal Senator for Western Sydney, Minister for Foreign Affairs, Minister for Women.

Prior to the first set of winners being announced, Senator Payne, delivered an extensive overview of Western Sydney’s business economy and  said ”Western Sydney is the third largest economy in Australia, and the Australian Government understands that your success is Australia’s success. Given the sheer number of businesses that call our region home, it is noteworthy that you have been recognised as a leader in your field. These awards also recognise the invaluable economic contribution you make locally, and to Australia more broadly. I hope that you will continue to work with your local community to contribute further to the shared prosperity that is integral to our Australian way of life. Please accept my heartfelt congratulations, and my best wishes for your future endeavours.”

2020 WSABE winners were conferred in sixteen dynamic award categories recognising excellence across a broad range of industries and fields. In addition to the entry-based award categories, two other winners were also conferred. WSABE Patrons Choice Award, which recognises an organisation’s outstanding contributions to the wider community was awarded to One Giant Leap Australia Foundation. The Commonwealth Bank Business of the Year Award, which is awarded to one of sixteen categories winners in recognition of overall business excellence, was conferred to RBK Nutraceuticals.

With so many unprecedented challenges facing businesses across Australia in 2020, WSABE would like to extend their gratitude to more than 400 applicants that entered the 30th Annual WSABE Awards. The WSABE Committee also extends their congratulations to all winners and finalists, who showcased their ability to adapt and endure under challenging circumstances and were able to separate themselves in what was one of the platform’s most competitive years.

The WSABE Committee also acknowledges the ongoing support of the WSABE Alliance, who enabled WSABE to engage with businesses from more than 100 postcodes across the entire Greater Western Sydney region. You can view the businesses chambers who formed the WSABE Alliance here.